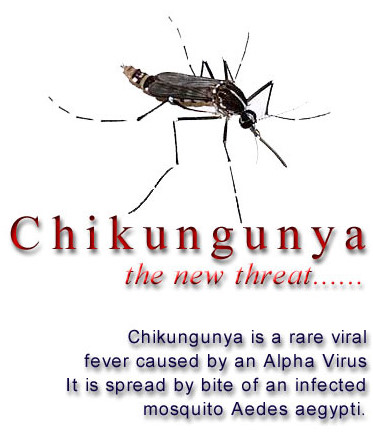 \nU.S. health officials issued an advisory on Wednesday about travel to the Caribbean island of St. Martin due to concerns about a mosquito-borne virus.\n\nThe Asian tiger mosquito may spread to new areas as a result of global warming, a study shows. The CDC warns it’s carrying Chikungunya virus in the Caribbean. A virus that causes pain so severe that patients lie groaning in bed for days has come to the Western Hemisphere and travelers should take precautions, the Centers for Disease Control and Prevention cautions.\n\nChikungunya virus has been confirmed in 10 people on the French side of St. Martin in the Caribbean, and it’s very likely to end up in the United States, CDC says. The virus is carried by the same mosquitoes that spread dengue virus — Aedes aegypti and Aedes albopictus, more commonly known as the Asian tiger mosquito. Both have been making inroads into the U.S.\n\n“Microbes know no boundaries, and the appearance of chikungunya virus in the Western hemisphere represents another threat to health security,” CDC Director Dr. Tom Frieden said in a statement. “CDC experts have predicted and prepared for its arrival for several years and there are surveillance systems in place to help us track it.”\n\nChikungunya is not usually deadly, but it can cause a very bad headache, joint pain, rash and fever. Its name in the Makonde language, spoken in Tanzania and Mozambique in Africa, means “that which bends up,” because patients are often contorted with pain.\n\nChikungunya has been spreading out of Africa into the Indian Ocean region, Asia and Europe in recent years. So far, only 109 travelers have carried it into the U.S. and it hasn’t spread. But West Nile virus, also carried by mosquitoes, came to the U.S. in 1999 and is now established across North America.\n\nA study last year predicted that it’s possible a single, infected person could start an outbreak of Chikungunya in New York once Asian tiger mosquitoes become more common in the city.\n\n“CDC estimates that about 9 million U.S. residents travel to the Caribbean each year. Given that volume of travelers, chikungunya could occur more frequently in returning U.S. mainland travelers if the virus expands in the region,” the agency said in a statement. “Infected travelers could then cause local transmission of the virus in the United States if mosquitoes bite infected people and then bite other people.”\n\nTravelers to St. Martin should take extra care to protect themselves from mosquito bites, CDC says. They should use insect repellent, wear long sleeves and pants, and use air conditioning and screens on windows and doors to keep mosquitoes out.\n\n“Travelers returning from the Caribbean who experience fever and joint pains as well as other symptoms of chikungunya (e.g., headache, muscle pains, or rash) should seek medical care, and health care providers should be on the alert for possible cases,” CDC says. And any patients should take care not to get bitten by more mosquitoes—which could carry the virus to other people.\n\nThere’s no vaccine and no specific treatment for chikungunya.\n\nUse this link to the CDC website for a map of the geographic range of the virus as of December 2013.  www.cdc.gov/chikungunya/map/index.html