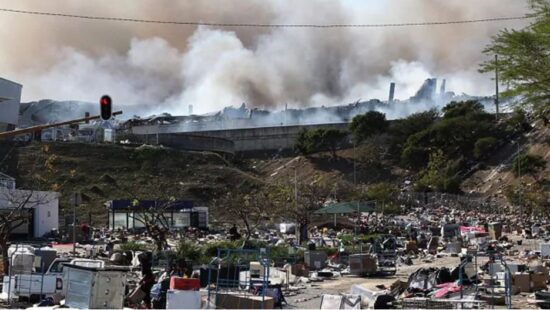 South Africa witnessed one of its most violent weeks since the democratic elections of 1994.

Riots and looting this past week have so far left an official death toll of 337 and this figure will surely change as more bodies are discovered amongst the carnage that has been left.

From being on the ground and experiencing the destruction, rioting, and looting firsthand, this past week’s events have been surreal to say the least. As a former policeman, who has seen mankind at their worst, this scenario was definitely as close to anarchic as it gets.

The events that unfolded were extremely violent and widespread and more than likely instigated and organized by a few loyalists of the former President Jacob Zuma. Jacob Zuma having been jailed the previous week for contempt of court and this is what seemed to have ignited the violence.

The South African Police Service (SAPS) and the South African Defense Force (SANDF) were found to be severely lacking in their knowledge and capabilities to counteract the large-scale rioting and looting that took place. A more honest opinion would be to say that KwaZulu Natal and Gauteng provinces at times looked like a war zone.

It was the local communities of all different backgrounds black and white that stood side by side and set up roadblocks at the end of their street corners protecting their families and neighborhoods from being overrun by the rioters. Without this deaths would not have been in the hundreds but thousands.

Business in South Africa has been severely affected, with many of the larger international companies closing their doors until government can give assurances that their safety is guaranteed. An example being Toyota located in Durban employing over 8000 people that has closed until further notice awaiting these guarantees to be forthcoming from the relevant authorities.

Sporadic incidences that involved more than one million rounds of ammunition being stolen out of a ship’s container is a worrying concern and highlights the fact that there are more sinister acts in play than merely looters taking advantage of the chaos that reigned.

Can South Africa move forward as a country after this – only time will tell.

Who were the Instigators and what was the reason behind the riots?

The jury is out on who coordinated the riots, names have been mentioned and the general opinion is that certain people allied to the former President Jacob Zuma were involved.