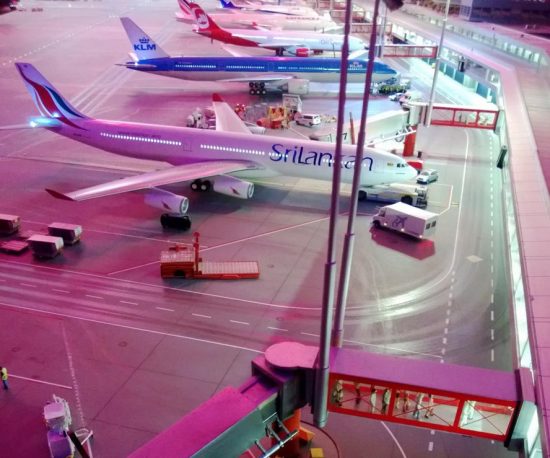 On March 21st the Transportation and Security Administration (TSA), per the Department of Homeland Security announcement, put in place a ban on carrying consumer electronics larger than most smartphones on flights inbound to the US from 8 countries. They can still be stowed on the aircraft, but must be in checked luggage. This ban affects 9 airlines that operate out of 10 airports in those countries.

This is a Security Directive from the TSA which allowed only 96 hours, 4 days, for those airlines and airports to comply, or to have their right to land in the US revoked by the Federal Aviation Administration (FAA). This Security Directive was put in place due to intelligence that suggests bombs and materials are being smuggled into the US via these means on aircraft. The Department of Homeland Security stated in a press release, “Evaluated Intelligence indicates that terrorist groups continue to target commercial aviation, to include smuggling explosive devices in various consumer items.”

The DHS states that it is an airport specific ban and is not intending to target any business or country, but those affected are those that have non-stop or direct flights into the US from those countries. The list of affected airports includes:

It is advised to avoid delays that you stow your electronic devices that are larger than your smart phone in your carry-on luggage or find a connecting flight into the US if you are traveling from one of the affected countries. We also advise traveling with a “wipe computer”. One that has no physical proprietary data stored on the hardware itself. This can easily be accomplished by using numerous, secured cloud based storage systems or portable hard drives.

Have fun, and safe, travels with up to date information courtesy of Global Strategies, Inc.