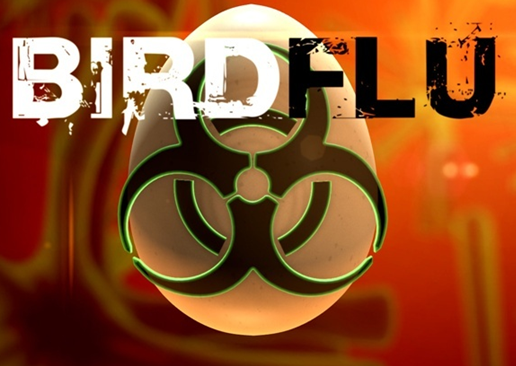 \n\n \n\nA new strain of the bird flu virus has proven fatal for the first time after it jumped from birds to humans and is worrying scientists. The latest strain, previously unknown in humans, called H10N8, killed a 73-year-old Chinese woman in December and Chinese authorities last week confirmed a second human case of the new strain of a second woman, who remains critically ill in a hospital. “We should be especially worried when those viruses show characteristics that suggest they have the capacity to replicate easily or to be virulent or resistant to drugs. This virus ticks several of these boxes and therefore is a cause for concern,” said Jeremy Farrar, director of Wellcome Trust and an expert on flu.  Another new strain of bird flu, H7N9, has already infected at least 286 people in China, Taiwan and Hong Kong, killing around 60 of them.\n\nChinese scientists writing in The Lancet medical journal, who conducted a genetic analysis on samples of the H10N8 virus from the woman who died, said it was a new genetic reassortment of other strains of bird flu viruses, including one called H9N2 that is relatively well known in poultry in China.\n\n 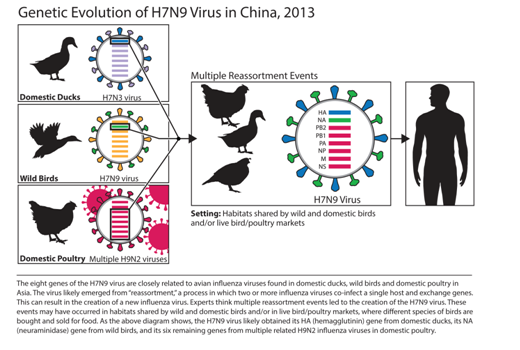 \n\nSomewhat worryingly, the virus like H7N9 has also evolved “some genetic characteristics that may allow it to replicate efficiently in humans”, said Yuelong Shu of the Chinese Center for Disease Control and Prevention in Beijing. According to the scientists’ study of her case, the 73-year-old victim, from Nanchang City in eastern China, was admitted to hospital with fever and severe pneumonia on November 30, 2013. Despite being treated with antibiotic and antivirals, she deteriorated rapidly, developed multiple organ failure and died nine days after her symptoms first started. The source of the infection remains unknown.\n\nOfficials Report New Avian Influenza A(H7N9) Cases in Fujian, Guangdong, Guangxi, and Zhejiang Provinces: Health authorities in China reported two new human cases of avian influenza A(H7N9) late Feb. 4 and nine cases Feb. 5. Cases include one case in Quanzhou, Fujian Province; one case in Foshan, one case in Shenzhen, and two cases in Zhaoqing, Guangdong Province; two cases in Guangxi Province; and one case in Shaoxing, one case in Wenzhou, and two cases in Hangzhou, Zhejiang Province.\n\n 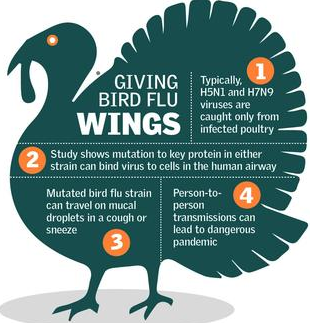 \n\n \n\nHealth authorities note that avian influenza A(H7N9) activity in China during early 2014 has now surpassed rates seen during the initial wave in the spring of 2013. Officials have reported 174 A(H7N9) infections and 18 deaths in or linked to China since mid-October, primarily in Zhejiang and Guangdong provinces. China had not previously reported any new cases since August. Despite the lull in new infections July-October, experts had warned that A(H7N9) activity could return, as public health precautions lapse and temperatures drop during autumn and winter. In response to surging cases, authorities in several cities have suspended live poultry markets, a practice which seemed to be effective in controlling the first wave of transmission in 2013.\n\nAll told there are 144 different types of influenza A, from H1N1 to H16N9, all of which are found in birds and some of which are also found in horses, pigs, and humans.