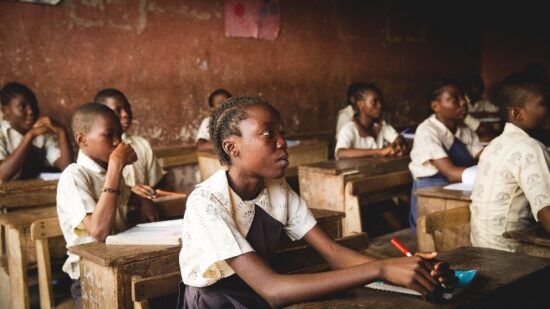 Nigeria is facing a massive kidnapping problem to which the police and military are failing to respond. There are no official statistics but in 2020 alone, approximately $20 million was paid out in ransom. Throughout Nigeria every week, hundreds of Nigerians, mostly students, are being kidnapped for ransom.

On 25th February 2021 in another mass kidnapping attack, 317 female students were taken by over 100 armed bandits in a midnight raid at the Government Girls Science Secondary School in Jangebe town where kidnappings are on the rise. This is the second such incident in just over a week in Nigeria’s north region, and as of now, no group has claimed responsibility; however this is reminiscent of when Boko Haram kidnapped 276 schoolgirls in 2016.

The military has a strong presence in the area which shows just how brazen the bandits are in conducting such attacks. Since the attack, police and military have started a joint operation to rescue the schoolgirls, and are continuing to search for them into the weeks ahead.

Students and parents are growing more and more nervous that these kidnappings will not stop and so far, the government does not have an answer to stop them. Last week, armed bandits killed a student in a similar attack on a school in the north-central state of Niger and kidnapped 42 people, including 27 students. The hostages are yet to be released, unlike the December kidnapping of over 300 schoolboys in Kankara by Boko Haram, in which the boys were later released after successful negotiations with the government.

Boko Haram and ISIS West Africa have started something that has led to other terrorist groups now jumping on the kidnapping band wagon which could be disastrous for other African countries. Other terrorist cells may now start using this method of generating income to support their cause which will undoubtedly unsettle many people and give security forces much difficulty in stopping this current trend.

Global Strategies, Inc. specializes in providing quality Protective & Security Consulting services our clients can depend upon. Whether the client is a head-of-state, corporate executive, foreign dignitary or in the entertainment industry, we aim to provide discreet, professional protective services. Global Strategies Inc. will help you create a well-planned cost-effective protection strategy. Get the insight, information, tools and guidance that you need to optimize your security efforts.