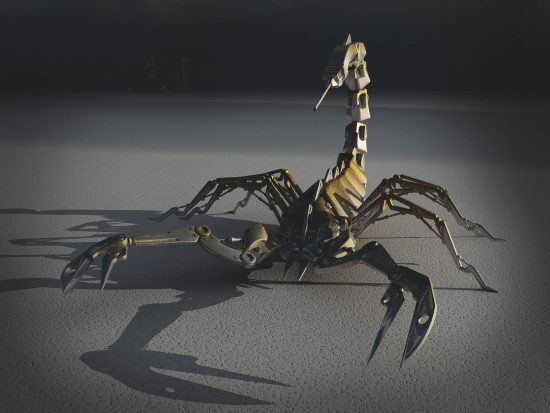 According to the FBI, corporate espionage, also known as economic, industrial or financial espionage, is a serious problem that costs the American economy hundreds of billions of dollars per year and can put national security at risk. With the recent closing of the Houston Texas Consulate of the People’s Republic of China for the presumed conduct of government and industrial espionage, spying and countermeasures to those activities have come to the forefront. Corporate espionage is the practice of spying for commercial or financial purposes. Individuals, especially those with high profiles, can also be targeted. How can a corporation or individual protect themselves from espionage? One effective way is Technical Surveillance Counter-measure services which could save you or your company from becoming a victim in this widely under-reported crime.

Economic espionage is the unlawful theft of critical economic intelligence, such as trade secrets and intellectual property which can result in steep economic losses for the targeted corporation, financial institution, or government.

Industrial espionage is the illegal theft of business trade secrets and proprietary information for use by a competitor to achieve a competitive advantage. Industrial espionage is conducted by companies for commercial purposes, but can be conducted by governments to provide competitive advantages to their industries and economies.

Techniques and Types of Espionage:

Espionage is something that can affect companies of any size and the likeliest threat to an organization is an internal one. Companies, law firms, non-profit organizations, governments, private individuals—are all in the crosshairs of criminals. No individual or company is immune from spying if there is valuable information to be had. If someone or some other organization can benefit from that information, then it is worth protecting.

Offices, homes, vehicles, or any other location where you discuss personal or business matters are vulnerable to surveillance equipment. These can be planted by co-workers, IT, building maintenance staff, as well as domestic staff, or even by professionals from rival companies looking for proprietary information.

By having security protocols and procedures in place, you can prevent your environment from becoming compromised. However, even the most basic spying equipment found online can be easily hidden and the only way to detect and remove those devices is by thoroughly scanning for them using specialized TSCM equipment.

What are Technical Surveillance Countermeasures?

Technical Surveillance Countermeasure (TSCM) or electronic surveillance sweep is a highly specialized service that detects the presence of hidden audio and video devices. TSCM is often regarded as a government level action when in fact, victims of surveillance are not just government related. Anyone can purchase equipment online to eavesdrop, record, and steal information from either yourself, your company, or the company you work for.

While you may label TSCM in layman terms as bug sweeping, TSCM is much more comprehensive and provides a professional evaluation of a facility’s technical security posture by conducting a thorough visual, electronic, and physical examination of the surveyed facility.

Why Would Someone Require TSCM?

Anyone can become the victim of eavesdropping and spying. There are several reasons why one may require TSCM. The most common reason is that the person may work in a position where he/she has access to sensitive information which another individual or company wants to obtain.

For high profile and competitive corporations, safeguarding proprietary material is a top priority. This makes searching for devices that record and transmit voice information, wireless network information and anything else that could potentially compromise your valuable information even more important.

The internal threat is where a large company or corporation needs to be most careful. An ambitious or disgruntled employee may seek to steal trade secrets for themselves, may be paid by a competitor to do so, or may seek to obtain insider knowledge with the intent of damaging the company financially and/or ruin the company’s image.

In 1997, a Process Controls Engineer at Wright Industries Inc., a subcontractor of Gillette, had been demoted in the company’s Mach 3 project. Disgruntled, he decided to send trade secrets to multiple Gillette rivals.

Private individuals might require TSCM services if they already have suspicions of being spied on, whether it be a jealous partner or someone holding a grudge against you or your company and wants to cause you or your family harm.

Russia and China appear to pose the largest foreign espionage threat to the Western world, but Iran, France, the United Kingdom, Israel and North Korea, also have deep espionage capabilities. It has become harder for Western countries to spy on places such as China, Iran, and Russia and easier for their intelligence to spy on the rest of the world. Currently there is a “changing of the guard” with regards to technical prowess. Human detective work is becoming antiquated and technical expertise appears to be the key to future success.

It is not just countries that need to be on high alert; big corporations and global organizations should also be on guard against such threats. Historically, corporate espionage was the norm before copyright and patent protection came into law. However, there are still those who will do anything to acquire another company’s trade secrets or business information. The FBI recently conducted a survey showing that, of the 165 companies who participated, half of them claimed to have been victims of economic espionage or intellectual property theft.

Intellectual property theft has been on the rise for many years now and it is robbing people or companies of their inventions, innovations, and creative ideas. This can include everything from trade secrets, proprietary products and parts, to movies, music, and software. Intellectual property theft costs billions of dollars a year, and not just to U.S. businesses but other businesses worldwide.

Over the past 20 years, the internet has exploded, and with all its file sharing and download capabilities, it has seen a surge in cyber-attacks internationally and domestically. These criminals live in places where laws are often relaxed and there are no extradition laws, making it difficult to contain.

Audio surveillance or eavesdropping can be conducted by leaving a device behind to gain information; many newer devices can be remotely activated or sound activated when a person enters the room where the device is installed.  Audio and video recording devices can also be hidden or disguised within ordinary products, making them difficult to locate; for example, alarm clocks, smoke detectors, etc.  This is favored by spies because such devices provide a power source and are often unsuspected because the targeted individual bought or obtained the item him/herself.  More spies get caught in the act of changing batteries or replacing devices than any other act. For this reason, devices that rely on an existing power source are favored.

Audio surveillance equipment can be hardwired or connected via wireless devices, which is why technical surveillance countermeasure equipment is needed. This equipment can cost upwards of $200,000 and requires operation by experienced, technical professionals who have undergone months of training and undergo regular retraining as espionage techniques and technology advance.

A TSCM team should employ different TSCM equipment, with each piece of equipment carrying out a specific role.  A standard kit list for TSCM may include the following:

The ORION NLJD is used to sweep areas for electronic semi-conductor components. The ORION detects and helps to locate hidden electronics or listening devices, regardless of whether the electronic device is turned on.

The ANDRE is a handheld broadband receiver that detects known, unknown, illegal, disruptive, or interfering transmissions. The ANDRE locates nearby RF, infrared, visible light, carrier current, and other types of transmitters.

The Video Pole Camera features a motorized tilt camera head, color LCD display, and media recording and playback. The Camera extends the view of surroundings, above drop ceilings, behind immovable objects, around corners or other difficult to reach areas, even in dark situations.

The TALAN™ 3.0 Telephone and Line Analyzer is designed to inspect and test analog, digital, and VoIP telephone lines and other wiring for taps and eavesdropping devices.

According to the FBI, hundreds of billions of dollars are lost every year to corporate espionage.

A conservative estimate of the annual cost to the U.S. economy from China’s economic espionage is $320 billion.

Companies that do not actively take precautions in protecting their trades secrets or intellectual property are increasing their risk of theft and future loss.

Creating the best protection strategy for you and your company is not difficult, although it does take some thought and experienced guidance. Using the right team with the right equipment can save significant time and money. Global Strategies, Incorporated can provide you with that team and expertise.  We have trained professionals in TSCM ready to ensure the protection of your intellectual property. We will help you create a customized, well-planned, and cost-effective protection strategy. We at Global Strategies, Inc. aim to provide discreet, professional protective services our clients can depend on.