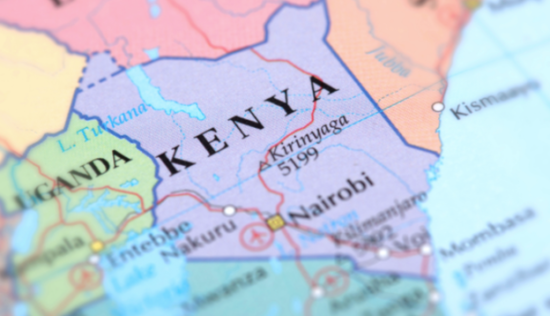 U.S. Federal Aviation Authority (FAA) and the U.S. Government have issued warnings stating Al-Shabaab has MANPADS (Man-Portable Air Defense Systems) in their possession. These rockets are thought to be targeting western aviation flying into Jomo Kenyatta Airport in Nairobi. The US has warned Kenyan authorities of these possible attacks which are seemingly in retaliation to Kenya’s counter-terrorism operations in Somalia.

The air routes included in the FAA warning also include those connecting Nairobi and Far Eastern countries like the UAE, India, and China, among other destinations serviced by major airlines. When airlines can, they generally choose shorter routes to save time and fuel; however, in this region, these routes will often take them through this dangerous airspace putting pilots, crew, and passengers at risk.

SAhistory.org.za gives a comprehensive description of Al-Shabaab; The organization known as Al-Shabaab originally emerged from the Islamic Courts Union (ICU) movement in Somalia. The ICU began as a loose grouping of Sharia Courts that by 2006 had grown into a powerful Islamic militia which enjoyed control over much of Southern Somalia. Al-Shabaab (literally meaning “the youngsters”) was the radical, hardline youth faction within the ICU. The Union of Courts reached the peak of its influence after the 2006 Battle of Mogadishu, defeating the US-backed Alliance for the Restoration of Peace and Reconciliation (ARPCT).

Al-Shabaab’s most significant source of weapons is a result of the illicit arms flow into and within Somalia coming from Yemen, Ethiopia, and most recently Egypt.  A 2019 raid on a Kenyan military base has also resulted in Al-Shabaab being in possession of anti-aircraft weapons. “Such weapons present a risk to civil aircraft operating at low altitudes, including during the arrival and departure phases of flight,” said the U.S. Aviation regulator to The EastAfrican.

With organizations such as Al-Shabaab and the current volatility in the region, there will continue to be threats and possible violence. It is advised to use extreme precaution and travel with a protection team throughout these areas. Email info@gsiprotection.com for more information on travel and protective details in Africa.