Six people have been killed in a volcanic eruption on a tiny island in Indonesia, officials have said. Mount Rokatenda, on the island of Palue some 2,000km (1,250 miles) east of Jakarta, spewed ash and rocks 2km into the air. Disaster officials said hot ash covered a nearby beach, leaving four adults and two children dead. The volcano had been rumbling since late last year, forcing the evacuation of hundreds of people. A 3km exclusion zone was set up after an eruption last October. But Surono, a spokesman from Indonesia’s volcanology agency, said many villagers had become accustomed to the volcanic activity and ignored the mandatory evacuation order. Palue has a population of some 10,000 people.\n\nMr Surono said the latest eruption had begun at 04:27 on Saturday (20:27 GMT Friday) and lasted for nearly four hours. He urged villagers to stay clear of the affected area, saying it was difficult to predict if there would be further eruptions. Palue is about 4km wide and lies a short distance off the north coast of Flores, the main island in East Nusa Tenggara province. The ACT Alliance humanitarian group reported in April that eruptions in Palue in October and again in March this year had forced hundreds of people from their villages, with significant losses of income in farming, trade and fishing. Much of the Indonesian archipelago lies on the Pacific “ring of fire”, an area prone to volcanic eruptions and earthquakes. 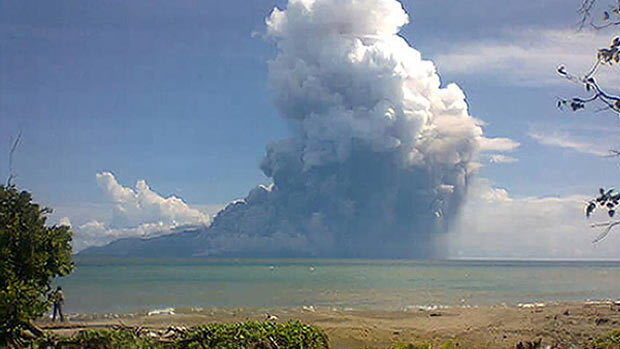 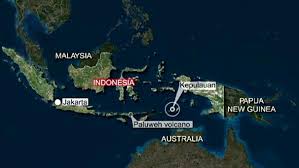